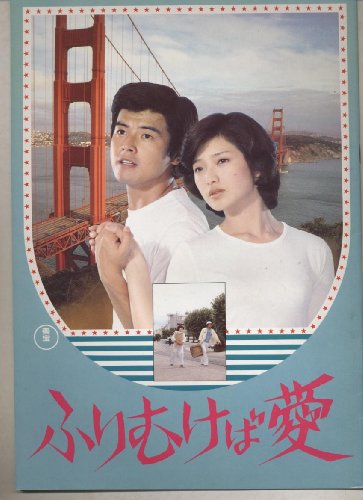 Year: 1978
Directed byNobuhiko Ôbayashi
Produced by
Written by James Miki
Cast: Momoe Yamaguchi,Tomokazu Miura,Yôko Minamida, Kohji Moritsugu, Eiji Okada, Akitsugi Moritsugi and Tomoko Naraoka
Two lovers who met overseas must decide if they truly love each other after one of them returns back to Japan.

Two expats in a foreign city falling in love is far from a unique formula for the silver screen. Yet, a solid direction and solid performances turn this rather mild melodrama into a compelling one. The romance isn’t just an excuse to throw emotional fluff at the viewer. Instead, the romance is used to explore the two main leads: Kyoko Ishiguro and Tetsuo Tamaru. Take Me Away becomes quite the mature character study of young love. The narrative reminds us true love exists at a wavelength and it requires a hard-earned maturity for two people to arrive at that wavelength. It might irk you with its romantic comedy like tendencies, but these moments serve to establish character traits and themes that are reflected upon later. Kites is a reoccurring metaphor. Tetsu’s piece of advice for Kyoko about kites comes back to sum up his personal journey ironically. Take Me Away is at its best when Kyoko’s life and Tetsuo’s life at their fateful crossroads. That becomes the finality to the ending and the more importantly the narrative’s themes. The well-crafted drama allows easily for a bittersweet or happy ending. It can easily go either way. This poignant uncertainty spikes up the spiraling melodrama to an exhilarating tension. Though, the tipping point to all of the tension is this oddly slap stick heavy fight that’s really out of place. Take Me Away starts as a run of the mill romantic comedy, but Take Me Away resonates with a strong moral lesson about the pitfalls and highpoints of young love by its end.

PS: Kohji Moritsugu, an actor from Ultraseven, has a role here.