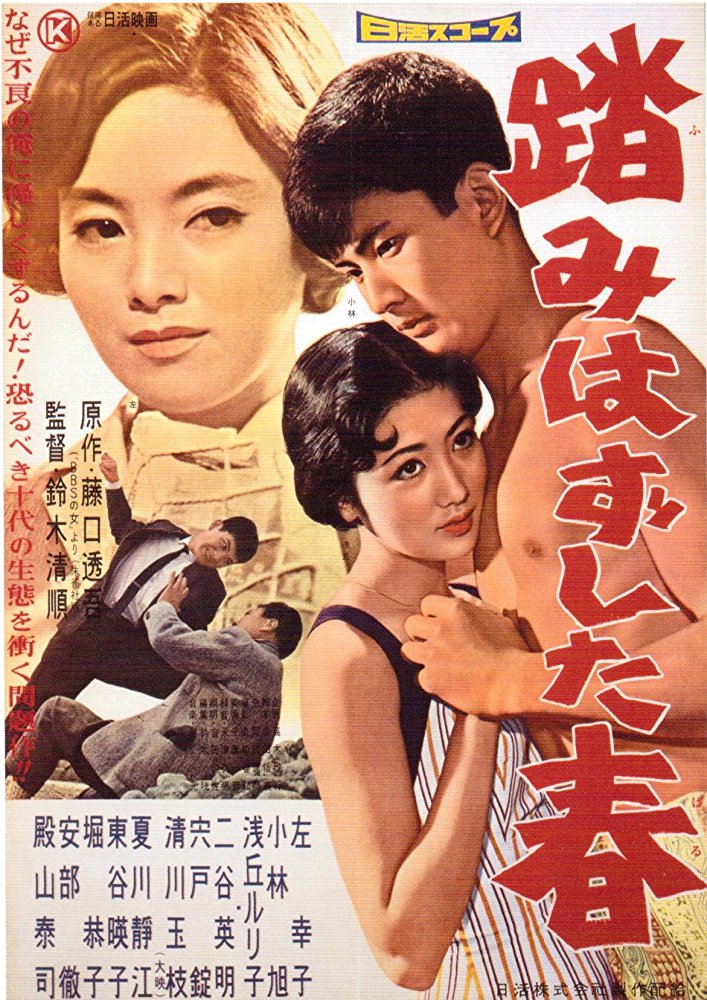 A passionate and dedicated social worker does her best to keep a
troubled delinquent on the right path.

Delinquency is never a good sign, and more than often is a sign that a person walking down a self destructive path that will hurt society and the person itself. So, there must be some kind of healthy altruism in society to bring back these delinquents from a life of crime.

While The Boy Who Came Back is a mopey drama that could be tiresome at points, Akira Kobayashi and Sachiko Hidari turn in worthy performances that does elevate the rather generic script that punctuates with notable poignancy. Although the villains are sidelined, the main threat was never really external, but the internal ones posed by Nobuo’s personal flaws. The first time you meet Nobuo, his brashness is awfully off-putting but you’ll come to accept him, and more importantly because the faith that Keiko puts into him. Keiko’s undying faith in Nobuo might come off as a fool’s errand, nonetheless, Sachiko Hidari doesn’t sell us short on Keiko’s never say die spirit so we come to believe it ourselves. There are some unspoken feelings between Keiko and Nobuo. Thankfully, these feelings are only implied. A messy love triangle that would have ruined the simple moral message. The subtle implications do still add to realistic touch to Keiko and Nobuo’s relationship.

This is an early directorial effort from Seijun Suzuki doesn’t really ever transcend its simple premise, yet this simplicity imparts a heartfelt humility. Nobuo’s plight was obviously a statement on the state of many of the post-war generation since the war had devastated their parents’ generation so much that many parents weren’t emotionally strong enough or simply not alive to raise their kids. Nobuo is the result of aimless parents so he simply requires some direction to keep him towards the right path. So, Seijun Suzuki’s choice keep this tale unambiguously just fixated on the virtues of being perseverant feels so justifiably right. A journey and lesson that Nobuo and Keiko that end up enduring.

Seijun Suzuki’s cinematic direction makes post-war Japan come out a bit more alive for his more documentary-like approach. Needless to say, it never goes into the zany territory that Seijun Suzuki would be later famous for.

The Boy Who Came Back is a post-war angsty drama that is about the perils of falling into a life of crime, but a joyful celebration of those who are willing to use means that society has in place to escape a life of crime as well.