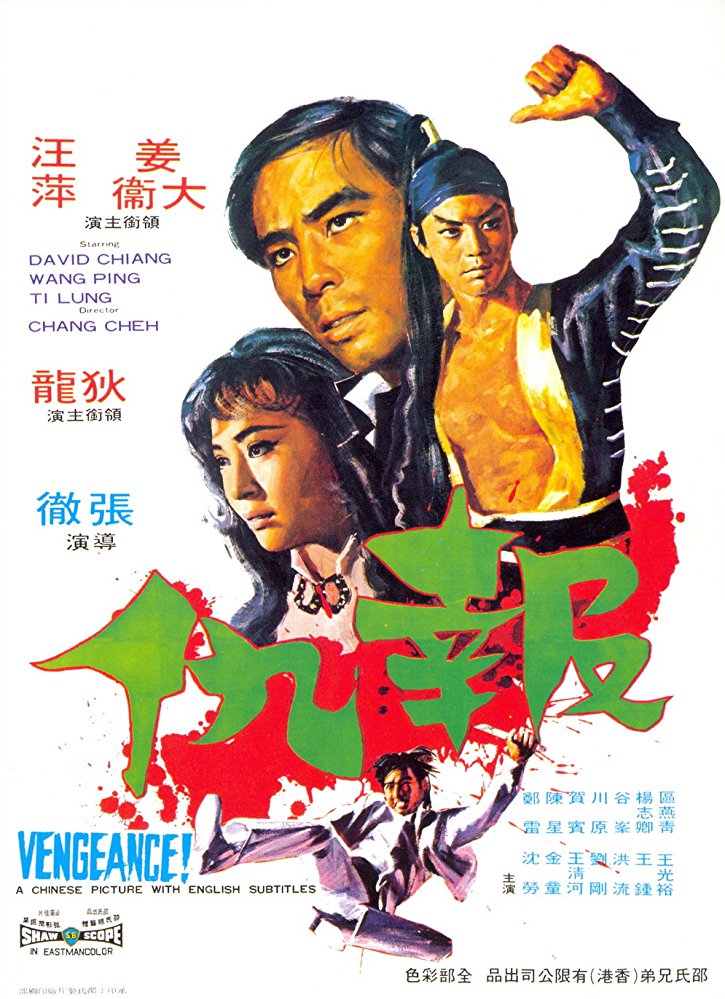 A vengeful young man avenges the death of his brother in a corrupt town.

Chang Cheh’s Vengeance is another hyper-masculine revenge fantasy that only Chang Cheh can easily muster up in such a striking way. The era and place has been swapped, yet the power of vengeance as a powerful motivator isn’t compromised. The backdrop is more of a visual ornament than an enhancement of any kind. Chang Cheh’s style of direction can accommodate the characteristics of grindhouse films while striving for the profound, but it is his ability to craft such visual tapestries of stunning violence that is his magic. Chang Cheh’s Vengeance never surpasses its mandate as a violent revenge fantasy. Which is evident by the cutthroat presentation of unrestrained violence as the proper instrument of justice, this over glorification of violence isn’t an endorsement since the violence has a tragic end, and that violence is sensationalized for a visual galore. Vengeance was released just at the dawn of weaponless fighting dominating martial art cinema, and Vengeance meets this growing trend halfway by incorporating short knifes with occasional unarmed combat. The choreography is swift and brutally efficient in terms of precision. Guan Xiaolou played by the always excellent David Chiang is a towering figure of charisma. Guan Xiaolou’s veneer of cold hard stoicism makes his wrath all the more incendiary. Guan Xialou’s wrath verges on downright psychopathic butchery since Guan cares little for remorse and forgiveness. But, Guan’s victims and enemies don’t act as if they even deserve mercy. Vengeance’s morality is one of clear-cut binaries. The romance is a bit hollow since it lacks proper depth but it allows Guan to express more emotions than just fury and contempt. Vengeance’s final bloody brawl is a sight to behold.

Vengeance is a tale of bloody justice that is emotionally stirring despite a razor-thin story. Chang Cheh elicits both vengeful rage and righteous indignation then expresses it through masterful action that is bound by a tale of simple revenge.