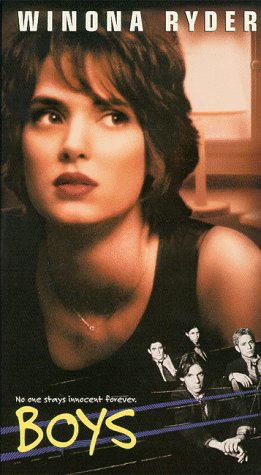 Every great actor or actress has a few duds in their career. Winona Ryder’s career is no exception. Boys is largely explainable as to why it’s a dud. It’s a terrible ensemble of bad direction, bad acting, bad writing and bad pacing. Although heavy studio interference could be responsible for the film’s poor quality, Boys’s obscurity is rather deserving. Ryder is miscast if her character is supposed to be some sort of femme fatale. Winona Ryder’s role in this is probably what will pique your interest. And that is hardly a merit, she’s largely regulated to an inactive role. The mystery is surrounding her is unsatisfying and confusing. That mystery is another misfire. The sporadic flashbacks that are intended to flesh out the mystery are clumsily done. The flashbacks are inserted without much context and edited poorly. Since the character motivations aren’t properly explained, much of the character interactions are confusing. It also affects the main premise of him picking up an unconscious young woman and bringing her to his dorm room. Boys is unnecessarily convoluted. The romantic subplot is rushed and forced as the two leads don’t bond much. Boys sends an odd mixed message that almost seems like it is intentionally promoting teenage delinquency with its odd ending.

Boys lacks cohesion on many levels to prop up any emotions for its main story. It pales in comparison to other teen flicks even by the subpar standards of teen movies. It is a poor teen drama whose poor storytelling ruins any potential that the film could have.